Do we still need International Women’s Day in 2021?
Dianne Casey

Every year at least 4 people will say what about men… International Men’s day is the 19 November each year so please don’t feel left out!

International Women’s Day to me…
Is an opportunity to listen, speak out, gain information and support. Here are some pointers why women still need this day…

So, women, this is my rallying cry… Be the difference! We need to keep marching!

If you are still doubting that women need this day, here are some examples I heard whilst researching this topic from local women…

”I was told when I went for job in RAF the interviewer said you could be a driver as there was no point hiring women as no sooner were they trained they would have babies, went and took my own private flying lessons”

”I was told in response to a typo I made: “This is what happens when silly little girls are employed. They are more interested in getting to the nail bars after work, as a result we see sloppy work.”

”I was told, that girls don’t play cricket. The school I went to divided sports along gender lines. Girls had to play netball, hockey and do gymnastics. Boys played cricket, rugby and football. But I LOVED cricket. I had grown up watching it with my Dad and I really wanted to play. But no – girls didn’t play cricket. When I went back to University in my mid-20s to do a Masters and a PhD, a Women’s cricket team had just started up and so I joined. Within 3 years I was the University’s Women’s Cricket Club President. ”

➡️ Image: Strong image drawn by Laura #InternationalDayOfTheGirl … For an exhibition called “A girls frame of mind” for #girlkindNE 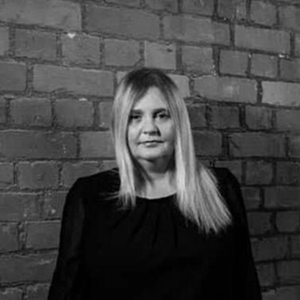